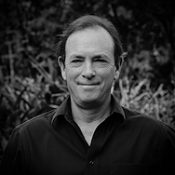 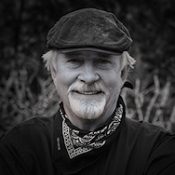 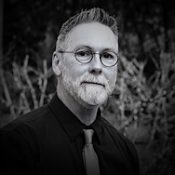 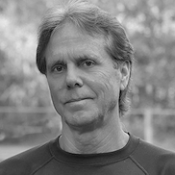 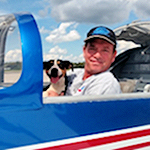 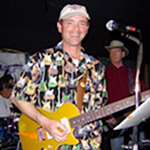 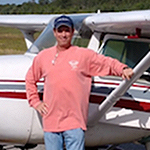 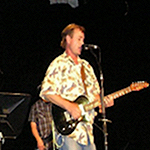 Randy is not only the Low Flying Planes front man, he’s the pilot in the band with more than 500 hours flying the two planes he owns and loves.

Music came often and early to Randy–his mother said he hummed to the radio before he could talk. Then, he learned piano, taking lessons at an early age. Then Banjo, then Mandolin, then the Guitar. Now it’s multiple tunings on the slide guitar and a little harmonica on the side, and…lots of singing.

At age 12 Randy began performing in shows at local High Schools and Florida State University–building his repertoire and his confidence on stage. He was also featured in the Capital Singers and other highly regarded local groups.

Randy was the manager of the Wildwood church band from 2001-2004, where he further honed skills at writing songs, managing musicians, and arranging music.
A hallmark for Randy is fund raising, which Low Flying Planes does with a purpose. Over a nine year period, “The Planes” were singularly responsible for raising over $50,000 for Big Bend Hospice. His latest cause is Pilots N Paws a service to fly rescue dogs to their “furrever” homes. 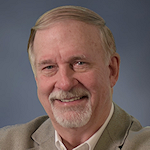 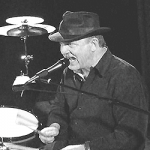 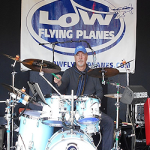 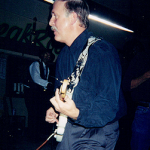 Scott Johnson began music by custom designing his own set of drums —a matched pair of kitchen trash cans, another from the bedroom, a garbage can lid, and an old coffee can with a plastic top.

By eighth grade Scott had mowed enough yards to buy his own 4-piece set of used Slingerlands.  By tenth grade he was in a band and by eleventh he spent every weekend beating a 5-piece set of Ludwig’s within an inch of their life.  His first group was called, (brace yourself) “The Thorns of Briarwood”  which achieved local notoriety by opening for the “Royal Guardsmen” (Snoopy and the Red Barron) and the Young Rascals at Tampa’s Curtis-Hixon Hall.

Scott’s drummed for other groups including the once acclaimed, Early Americans, (who actually cut an album that sold mostly in Mexico).

After college Scott picked up the acoustic guitar and began playing at weddings, receptions, restaurants, and nightspots. Scott has written and copyrighted almost 50 songs and was a founding member and front man for a classic rock group named Bandage in the early ‘90’s. 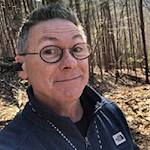 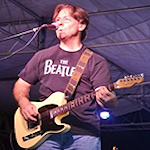 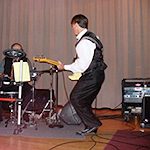 The child of two university music professors, Trey began playing music at age 6–starting with guitar, drums and piano. At eleven he was playing French horn in the school band and playing bass guitar for a bluegrass band.

Trey and Randy Hock (Planes front man) first met in a music store and shortly after formed Hock and Grauer, a bluegrass duo.Later he was part of Southern Star, a country rock band.

After high school Trey toured the US and Canada for five years opening for several top recording artists. His band, Orlando, was featured on “Live from Church Street Station” and produced a video on rotation on the Nashville Network.

After settling in South Florida, Trey formed Wild Blue–an event, wedding and corporate band which also opened for multiple national artists and was signed by a regional record label. 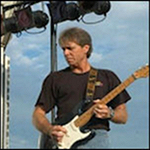 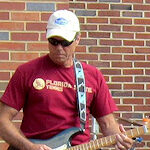 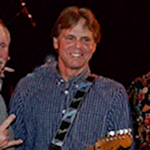 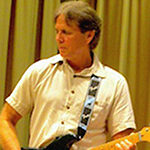 Everett is the Low Flying Planes Lead and Rhythm guitarist and the only founding member in the band. He started the band back in 1989 and the name for the band came about on the spur of the moment. At the time, it was just some friends getting together to informally jam and play some music…and they had no name. The lead singer at the time, Stuart Reese, was asked by a friend to come to St. George Island to discuss being the opening band for a new beach club on the island that was soon to open.

On the way down to St. George, Stuart knew the question about the name of the band would come up. As he was passing through the little town of Panacea which had a small airport, there was a large yellow sign on the side of the road reading “Low Flying Planes” and the name just clicked. The rest is history.

Everett started out playing piano at a young age but due to enormous peer pressure to always come outside and play sports instead of practicing piano, he gave it up. However, during that time his brother had one of Leon High school’s first rock ‘n roll bands called the Mystics and they would practice at the house. It is then when he found a great interest in playing guitar.

Ever since high school he has played in various bands in Tallahassee, FL and Columbus, GA and continues to play today. The Low Flying Planes have built a large and loyal following playing “Classic Rock Music You Can Dance To” along with some of today’s popular hits that connects with all generations. 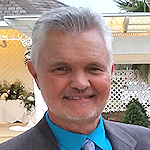 When Tony started playing Clarinet in the Fourth Grade, it proved to be an important springboard to Alto Saxophone in the High School band and to joining his first pop rock group. The latter was named “Future Generation” and Tony both sang and played Sax throughout the greater New Orleans area.

It was then that things turned remarkably more academic.

Tony passed the performance entrance boards at the prestigious Loyola University College of Music in New Orleans, ultimately earning a Bachelors’ degree in Music. While attending Loyola he performed in the choir as a Tenor; the Loyola Stage Band on Alto Sax; and The Loyola Concert Band & Orchestra on Bb Clarinet. Upon graduation and working as a Registered Music Therapist he landed a position with the Chris Owens Club Band in the New Orleans French Quarter playing Guitar and Alto Sax.

Tallahassee’s enduring and popular Twilight Band recruited Tony for lead vocals, Alto and Tenor Sax, Rhythm Guitar and Keyboard. Twilight played six nights a week for many years and Tony was fortunate enough to work with area duos and as a substitute for many area ensembles.

His voice training at Loyola spawned opportunities for Tony to become Minister of Music at the Catholic Student Unions Church for both Florida State and FAMU.